With the popularization and application of mobile phones, tablets, and smart homes, the number of wireless terminal accesses has increased significantly. The traditional WiFi technology is one-to-one data transmission. In short, a WiFi router can only serve one terminal device at the same time. Once overloaded and multiple terminals are used at the same time, there will be problems of large delay and network freeze.

WiFi6 has intelligent frequency division technology. When multiple terminal devices are connected to the same router, they will be automatically divided into sequences, allowing the wireless router to synchronize with multiple devices for signal transmission, reducing data congestion and signal delay. Not only that, WiFi6 routers have stronger anti-jamming technology and stronger wall penetration than traditional routers, allowing network signals at home to get a wider range of coverage.

As the so-called "good horse with good saddle", when the home is upgraded to gigabit broadband, it also needs to match the corresponding hardware equipment. Only in this case can the home network play the best role. The importance of WiFi6 for Gigabit networks, so how do we choose a router that suits us?

Shenzhen Zhibotong Electronics Co., Ltd. has launched the wifi6 router Z100AX-E, which allows users to have no blind spots in the whole house. No matter which room or corner, the whole family can enjoy a higher-quality information life. This wifi6 router provides users with a better device selection direction, a large functional coverage area, and a value-for-money cost-effectiveness to meet consumers' Internet needs for different living environments and different bandwidths. 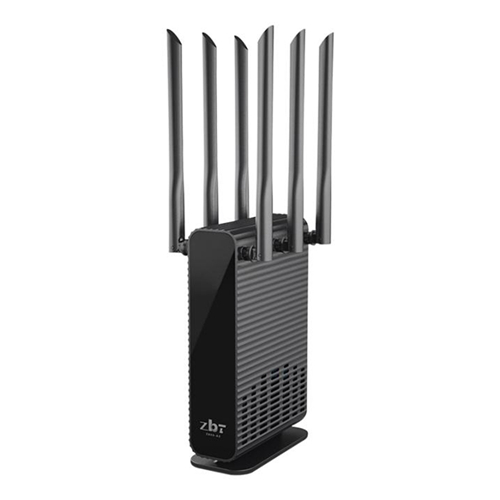 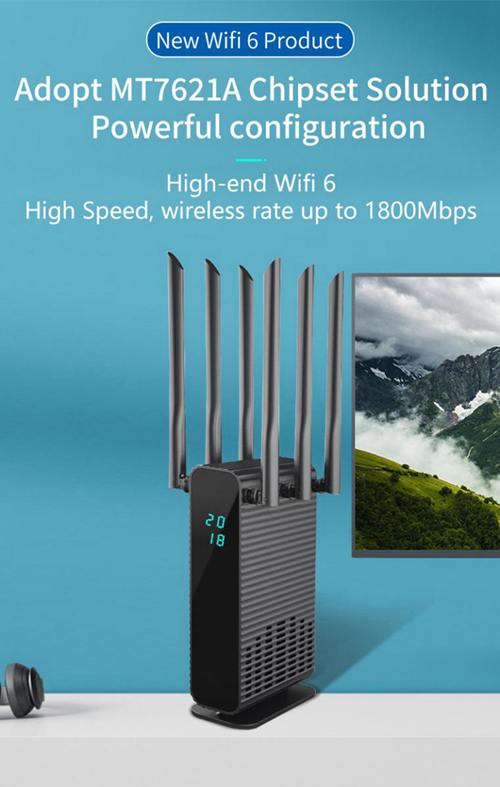 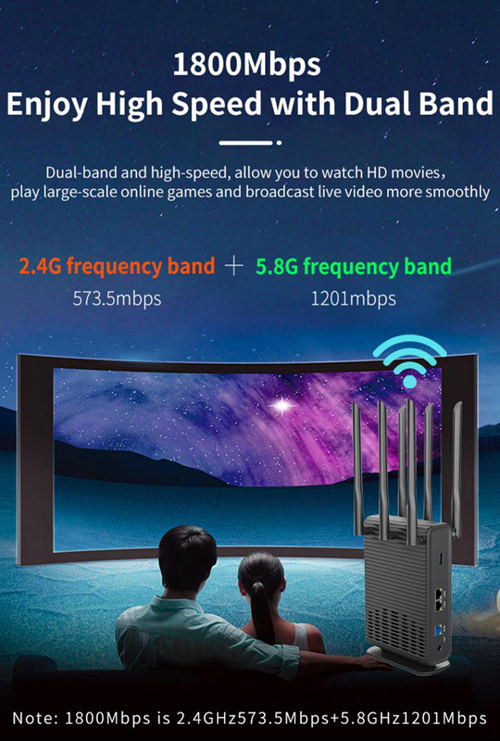 4. The capacity of the machine is larger, and there is no need to be afraid of multi-device connection

Have more than one electronic device? Get together with friends and scramble to connect to Wi-Fi? The wifi6 router Z100AX-E lets you say goodbye to problems. WIFI-6 technology allows Z100AX-E to carry up to 64 units, which can easily meet the simultaneous access of multiple devices such as computers, tablets, and mobile phones, so that the wireless connection of each user and each device can reach high network speed, and the Internet is unimpeded. 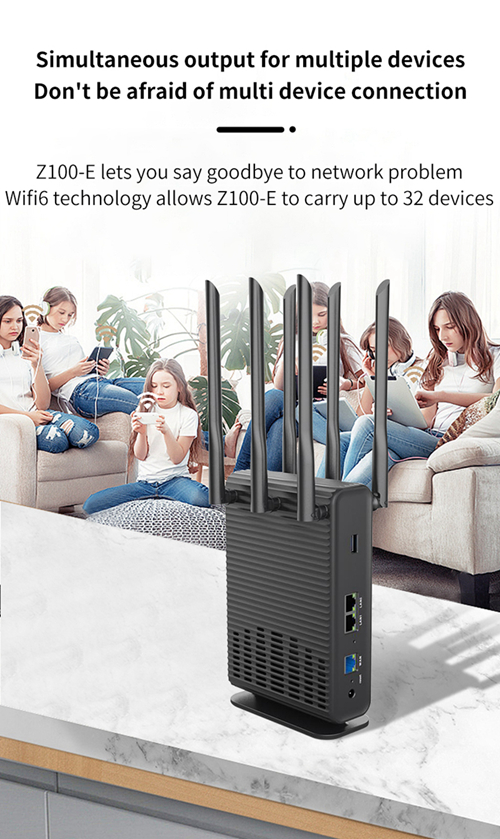 5. The strong core adopts the high-quality dual-core and adopts the MT7621A solution

Using independent WIFI6 chip, the speed is up to 1800Mbps, the compatibility is strong, the transmission is faster and more stable. 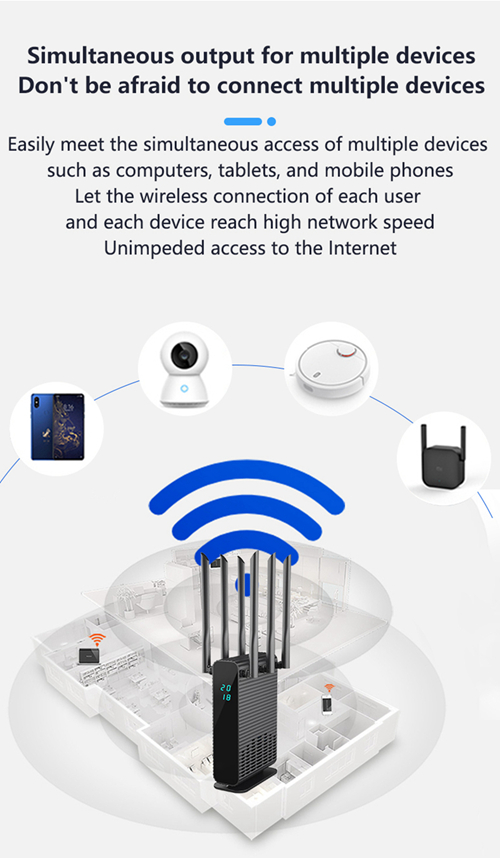 6. MESH one-click networking makes it no longer difficult to cover the whole house

MESH one-click networking, no need to wire in advance, the wireless networking signal is stable, and the WiFi signal covers the whole house without dead ends 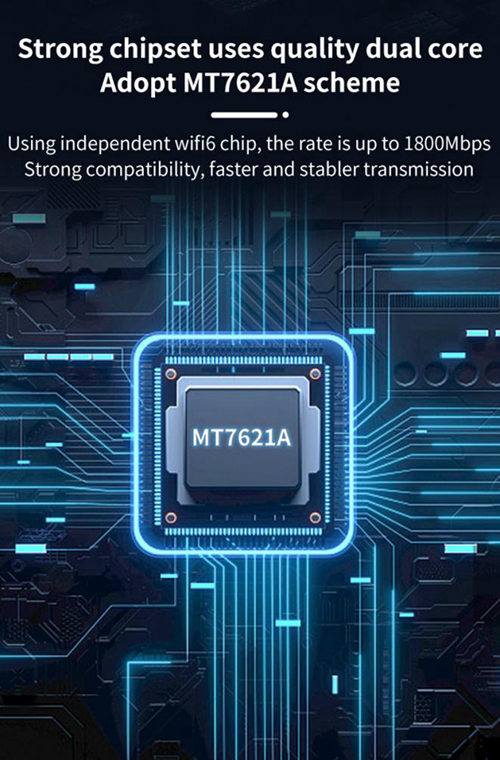 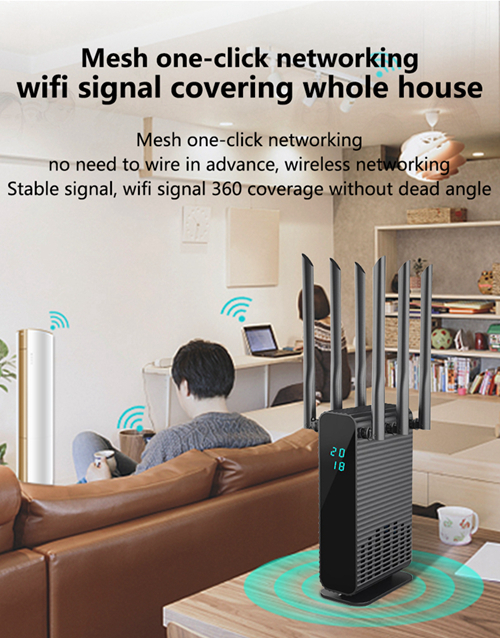 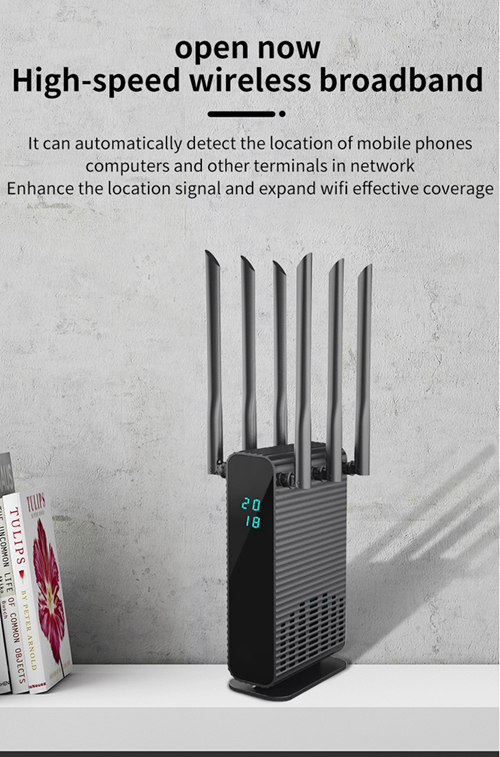 9. Don't be afraid to connect more devices with more machines

Easily meet the simultaneous access of multiple devices such as computers, tablets, and mobile phones, so that the wireless link of each user and each device can reach high network speed, and the Internet is unimpeded. 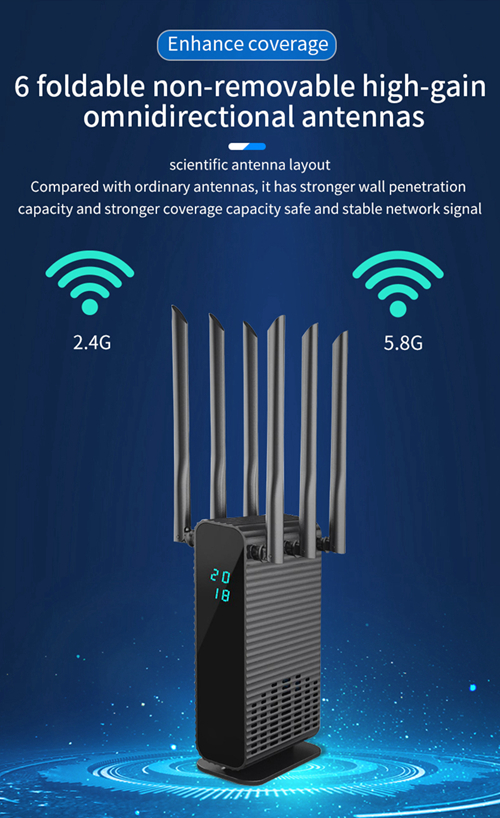 It can accommodate large-scale and large-area listening network needs, more users to connect, office, office is stable and safe, not afraid of network disconnection due to too many connected users, security of office content, residential apartment, use in the apartment, friends gathering is not afraid of network card , Game competition, game competition players, Wansheng mobile computer, TV living room game network demand technology is changing with each passing day, and broadband is also being updated. When gigabit broadband gradually enters thousands of households, gigabit wifi6 routers will also become standard. For consumers, there are hundreds or thousands of gigabit routers on the market, and the price/performance ratio is not high. As a national brand, Zhibotong is constantly refreshing the price/performance ratio of routers. From the entry-level gigabit model that sells for only 100 yuan to the 6-level fast WiFi 6 models that sell for only a few hundred yuan, Zhibotong will take the router's value regardless of product performance or product price. To achieve the ultimate cost-effective, fully meet the Internet needs of different consumers.